Album Review: Esben And The Witch - Wash The Sins Not Only The Face 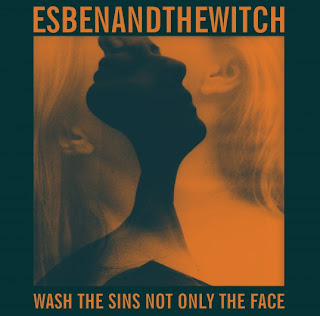 Esben And The Witch
Wash The Sins Not Only The Face
Rating: Grrrr

On their second release, Wash The Sins Not Only The Face, UK trio Esben and the Witch continue their reverential exploration of moody, gothic inspired art rock. In revisiting their debut album Violet Cries (which I gave a very favorable review to here), I was still struck how dynamic their music was, but also how formal and rather stiff it could be. Expecting a similar palate of music and themes this go around, I was astonished from the open notes of "Iceland Spar" how more expansive and open their sound had gotten. It is still unmistakably Esben and the Witch, but where on Violet Cries they almost sought to be obtuse and off putting, here there is a warmth that was missing earlier, where now the songs tend to stick more to more standard song structures rather than meandering, but still allowing moments of experimentation and stark beauty.

The stately tracks on Violet Cries were never short on atmosphere, however, you could never say Esben and the Witch rocked out on any track. Here, they seem to want to be more of a rock band, crafting some of their most hard charged tracks. "Deathwaltz" is one of their most startlingly forward rock tracks, with ringing guitars, dense drum work, and Rachel Davies gorgeous voice tying everything together.

"Despair" is practically a death metal track with scraping, lurching guitars over a pummeling bed of clattering, industrial percussion.

And on closing track "Smashed to Pieces in the Still Of The Night" the band reaches shoegazing levels of epic proportions.

There are plenty of traditionally atmospheric tracks on Wash The Sins Not Only The Face to whet the appetites of the hardcore faithful. The lovely textured guitars and sweet vocals of Davies illuminates the candlelit mood of aptly named track "Shimmering," gentle guitars and subtle electronics wander and loop in and out of one another on "Yellow Wood," while penultimate track "The Fall of Glorieta Mountain" becomes the haunting centerpiece of the record, Davies' aching voice wander through stark soundscapes of lonely guitar and icy synth washes.

Looking back on Violet Cries and my review, I probably rated it a little too highly. While it is still an amazing debut album, its impact for me has muted somewhat. There is a cold veneer to the record that never seems to shake off and let you into its heart. Wash The Sins Not Only The Face immediately allows you in and makes its presence known, with a nice interplay between the icy textures and warm accents that creates a tension that carries the record from the merely interesting to something gorgeous and sublime. This slightly altered direction suits the bad well and is a nice harbinger of things to come.

Woof Daddy: excellent; just a hair away from being a masterpiece.

Grrrr: very good; will definitely be considered for my top releases of the year.

Meh: not horrible, but certainly not great; could have either been polished, trimmed, or re-thought.

Jeez Lady: what the hell happened? Just plain bad. They should hang their heads in shame and be forced to listen to Lady Gaga ad nauseam as penance.

Tragicistani: so bad, armed villagers with pitchforks and torches should run the artist out of the country for inflicting this abomination on the human race.
Posted by Russell Beets at 10:58 AM

Email ThisBlogThis!Share to TwitterShare to FacebookShare to Pinterest
Labels: album review, esben and the witch, grrrr, violet cries, wash the sins not only the face